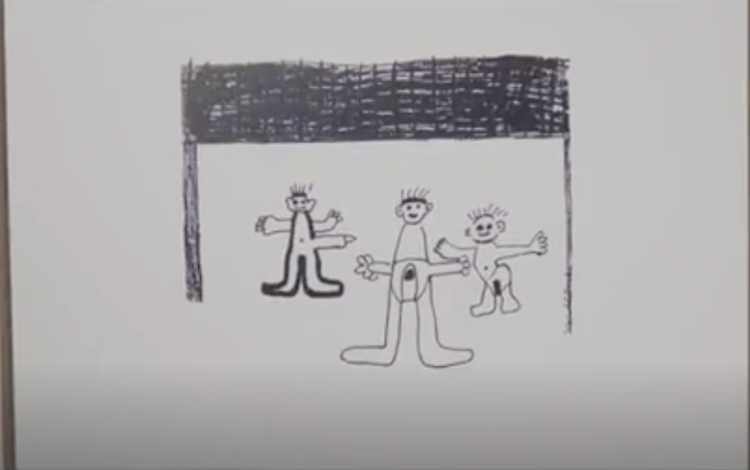 Inspired by the insight that abused children often hide subconscious clues in their drawings, one of the campaign’s objectives was to inform the general public of these silent warning signs and raise awareness of child abuse in all of its forms. The second objective was to highlight Amigos or Kids’ commitment and mission to prevent child abuse and neglect by valuing children, strengthening families, and educating communities.

Thousands of visitors, which included ordinary art-lovers, members of the press, educators, and of course, parents, passed through the Broken Crayons exhibition and left stunned. People from around the world have experienced the film and explored the virtual gallery online. In addition to the website, the PSA was shared across social media and within three months on the Amigos for Kids Facebook page it surpassed one million views in 62 countries.

A powerful public service video, the campaign would not have succeeded in raising awareness had it not been for extensive media coverage. In the end, the results generated a total of 148,724,173 worldwide impressions, which included both earned media and wire distribution.

In regards to media outputs, the campaign was featured across various broadcast stations -- both English and Spanish language media coverage -- as well as garnered industry recognition in AdAge, The Drum, Ads of the World, and many others. The message remained consistent across publications and platforms.